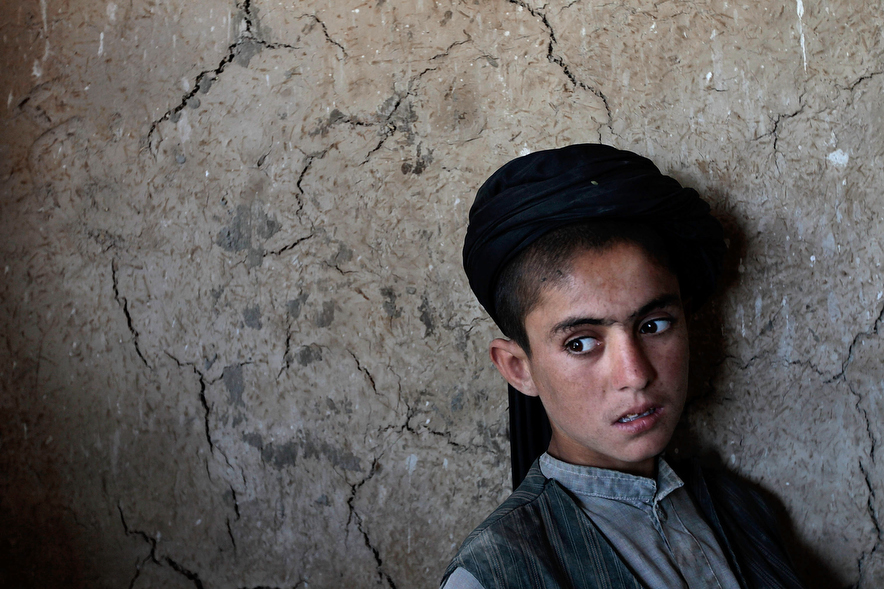 ZOR MASHUR, KANDAHAR PROVINCE – JUNE 09: Nakeeb, a 13-year-old Pashtun Afghan boy, watches American and Canadian soldiers as they patrol on June 9, 2010 in the village of Zor Mashur, south of Kandahar, Afghanistan. Soldiers of the 1st Squadron, 71st Cavalry Regiment of the 10th Mountain Division have fanned out in the vast area south of Kandahar. They are a part of a counterinsurgency strategy aimed at protecting Afghan civilians and legitimizing the government of Afghanistan in the minds of the rural local populace. (Photo by Chris Hondros/Getty Images)