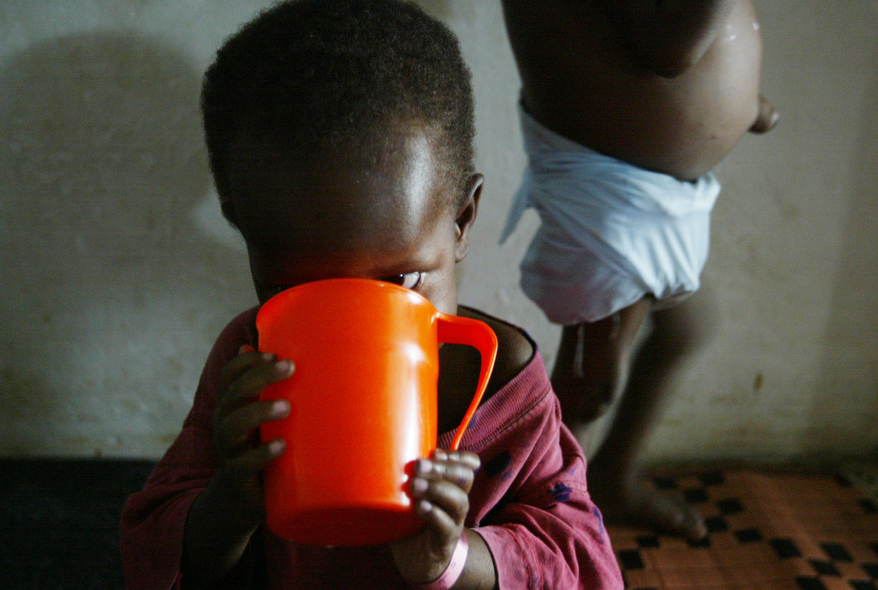 MONROVIA, LIBERIA – AUGUST 6: A malnourished child drinks a nutritious porridge while another walks in the background August 6, 2003 at an Action Against Hunger feeding center in Monrovia, Liberia. Fighting has died down in the Liberian capital, but the humanitarian situation remains grim, as rebels and government troops face off uneasily across downtown bridges. (Photo by Chris Hondros/Getty Images)