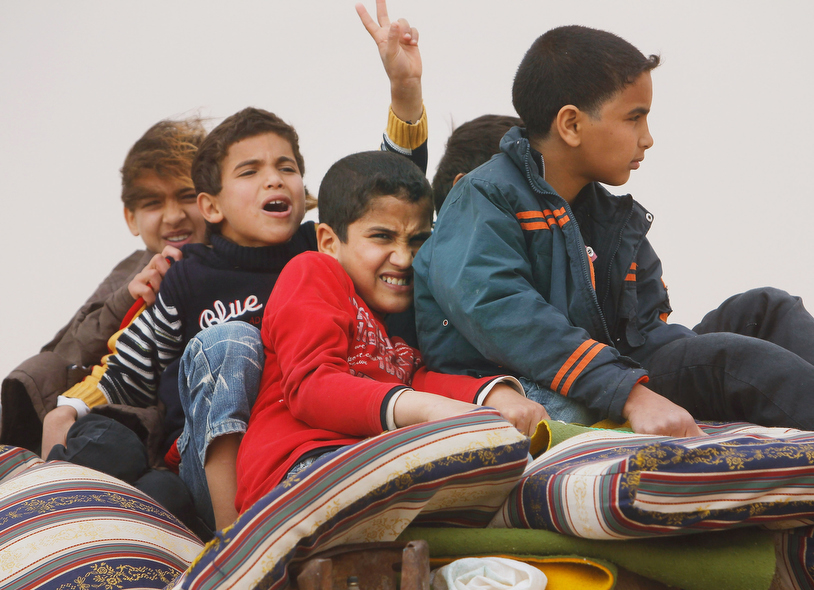 AJDABIYAH, LIBYA – APRIL 07: Children sit in the back of a civilian truck packed with bags as they drive down a highway during a hasty withdrawal April 7, 2011 in Ajdabiyah, Libya. A NATO air strike is thought to have killed at least five rebels near the contested town of Brega earlier April 7, while rocket attacks by Libyan Army forces prompted both rebels and civilians alike to flee from the Ajdabiyah, fearing incursions by forces loyal to longtime Libyan ruler Muammar Gaddafi. (Photo by Chris Hondros/Getty Images)