Benghazi Life During a Backdrop of War 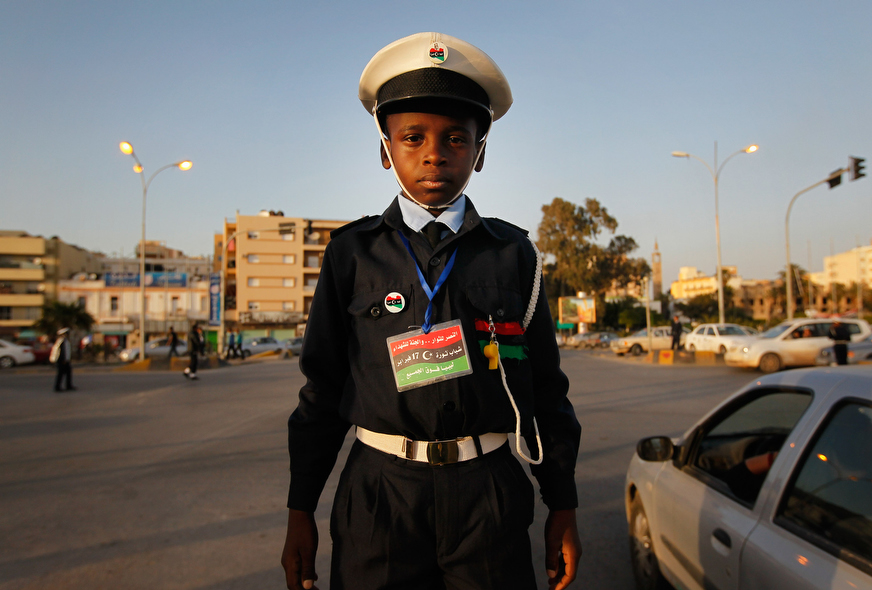 BENGHAZI, LIBYA – APRIL 15: Ali Salem el-Faizani, 10, stands at a street corner while working as a traffic cop April 15, 2011 in Benghazi, Libya. Schools have been closed throughout eastern Libya for nearly two months due to the ongoing civil conflict; some children like Ali are working to pass the time, in his case finding a job via a Boy Scout-like youth troop that’s affiliated with the Benghazi traffic police. “”I like directing the cars around,” Ali says. (Photo by Chris Hondros/Getty Images)